Statewide, there were 33 school districts designated in fiscal stress under New York State Comptroller Thomas P. DiNapoli’s Fiscal Stress Monitoring System for the school year ending in 2019, up from 26 reported in both 2018 and 2017.

“Some of New York’s school districts are in fiscal trouble. While there are a number of factors causing their fiscal stress, each district should address these problems today,” said DiNapoli. “My Fiscal Stress Monitoring System flags issues early so communities can correct them. My office will continue to provide financial planning tools, guidance and training to help schools in stress.”

DiNapoli’s Fiscal Stress Monitoring System (FSMS) analyzes a set of six financial indicators to create an overall stress score. The fiscal stress score determines if a district is in “significant fiscal stress,” “moderate stress,” “susceptible to stress” or has not been designated in one of the levels of fiscal stress. In addition, the system has environmental indicators that assess other factors, such as poverty rates and tax base, which are largely outside of the control of school officials, but may affect revenues or drive costs. 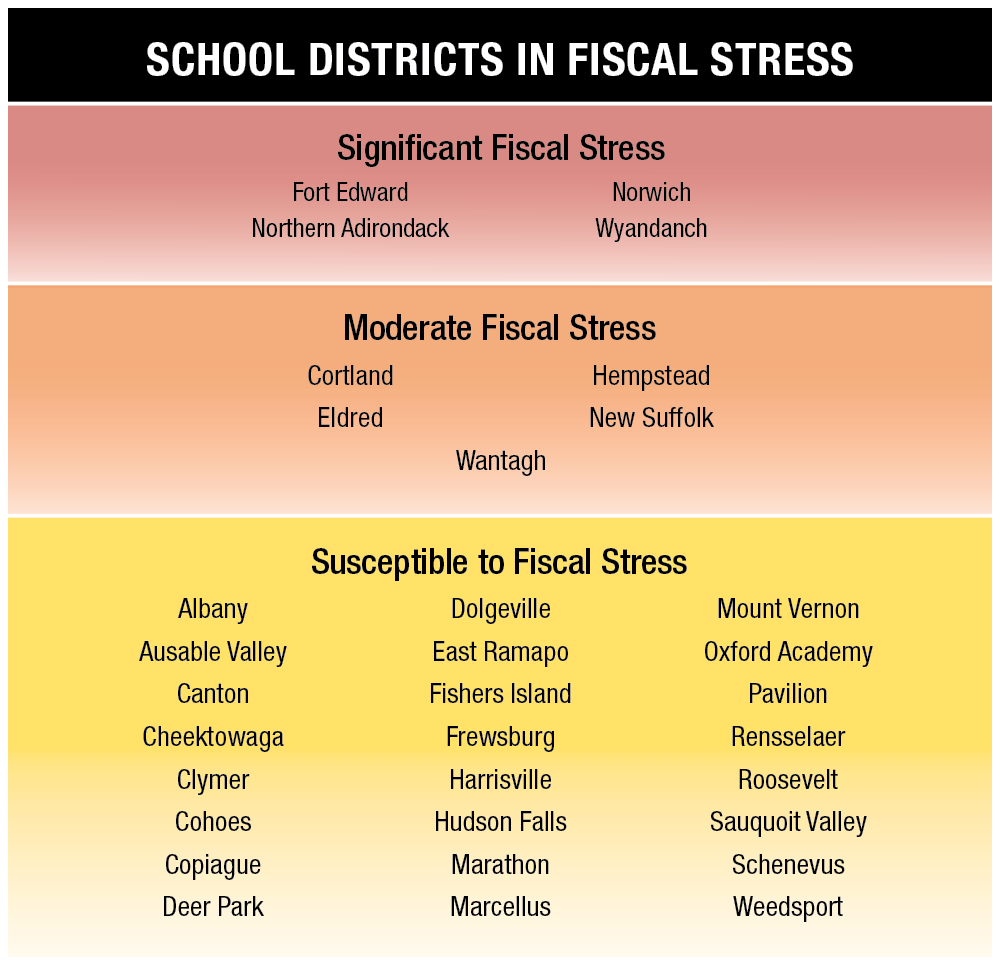 The report also noted that the Southern Tier was the only region with a decrease from the previous school fiscal year in the number of districts in fiscal stress. Central New York and the North Country regions had the largest percentages of districts in a fiscal stress category.