The decline is steeper than October’s 5.2 percent decline, but not as significant as the double-digit declines in the earlier months (April - June) of the pandemic. Total local government collections in 2020 (January - November) are down $1.7 billion (10.1 percent) compared to the same period in 2019.

“Sales tax collections are a crucial revenue source for our counties and other municipalities,” DiNapoli said. “November’s decline reinforces the need for significant aid from the federal government as COVID-19 infection rates increase and more restrictions curb economic activity. Federal aid will keep first responders on the job and help implement the delivery of the vaccine.”

December sales tax collections, when reported by the state Tax and Finance Department in mid-January, will include a reconciliation that will reflect final reported sales activity by location. This will give a clearer picture of what the overall quarterly and calendar year impact of the pandemic has been on individual counties and cities. 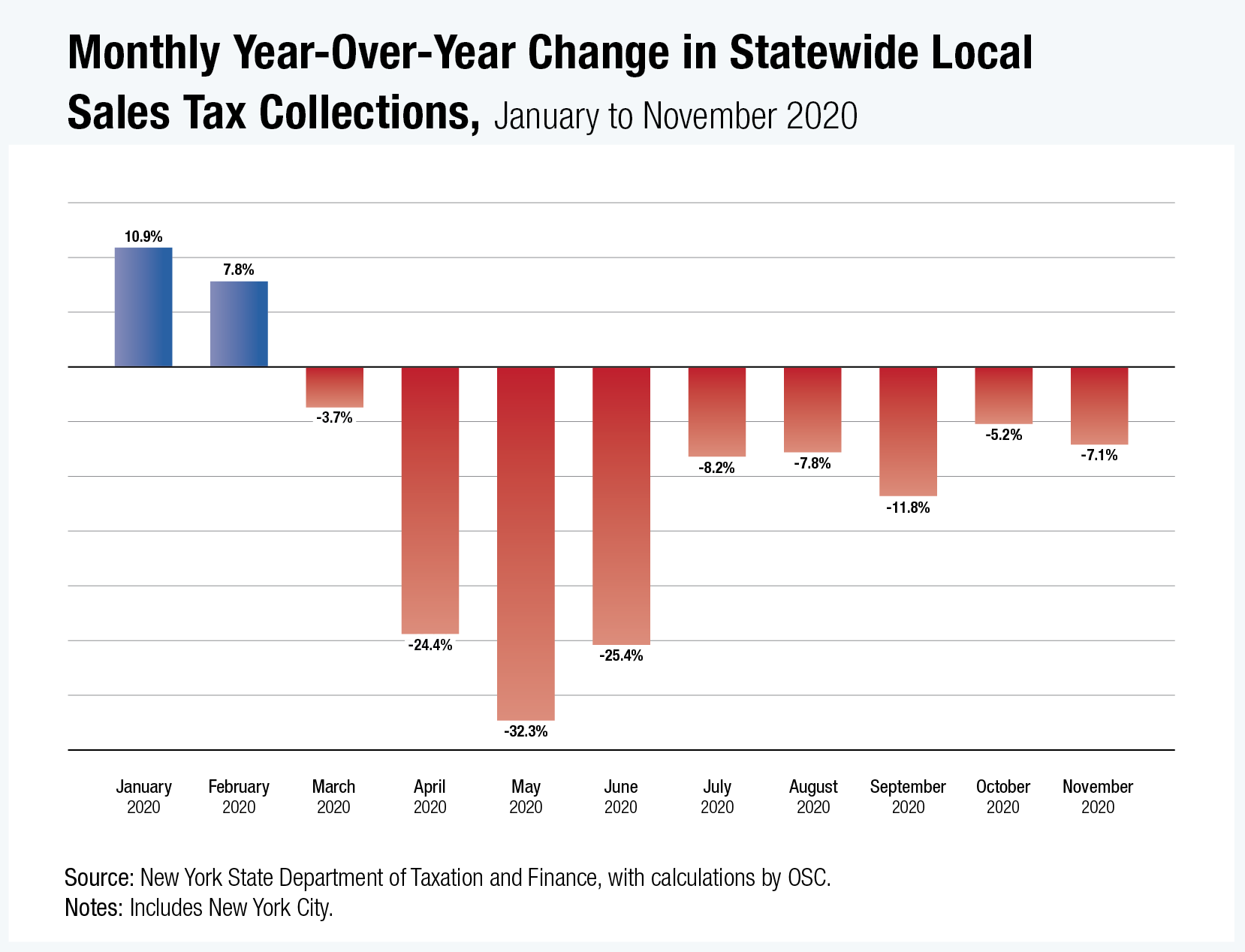