DiNapoli: Tax Revenues Through May $4 Billion Over Enacted Budget Projections

“The strong tax collections through the first two months of the state fiscal year is good news and gives reason for optimism about the economic recovery. The state is emerging from the pandemic on solid fiscal footing because of robust tax revenue growth and an unprecedented infusion of federal assistance. Still, economic uncertainties remain and caution is warranted going forward.” 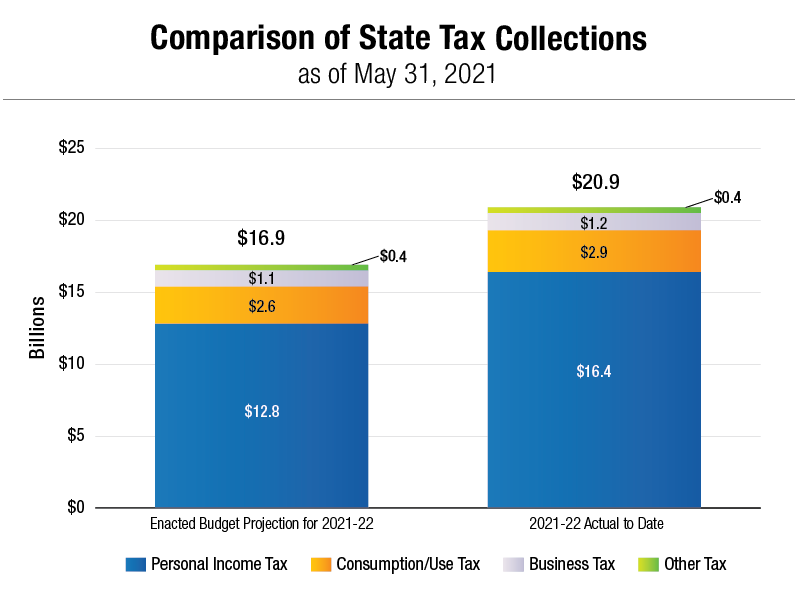 Tax receipts through May totaled $20.9 billion, $14.1 billion more than received in the same period last year, mostly due to a $12.1 billion year-to-year increase in personal income tax (PIT) receipts. Much of this change is attributable to delays in PIT filing deadlines from April 15 to July 15 in 2020, and until May 17 in 2021. In addition, PIT collections increased this year from final returns and extension requests. Year-to-date, consumption and use tax collections were $2.9 billion, 47.4 percent higher than the same period last year.