DiNapoli releases fiscal stress scores on municipalities (excluding New York City) twice a year. The latest round of scores announced today identified 19 local governments designated in fiscal stress, including six counties, four cities, and nine towns. This release is based on financial information of local governments operating on a calendar year basis (Jan. 1 – Dec. 31) for 2020 and covers all counties and towns, 44 cities, and 10 villages. In April, DiNapoli announced that 11 local governments with non-calendar fiscal years were in stress.

“New York’s local governments have overcome some major fiscal hurdles during the COVID-19 pandemic,” DiNapoli said. “Federal assistance, the restoration of state aid and resurging revenue have provided them much needed relief. However, those designated as stressed are less likely to have the flexibility to adapt to fiscal challenges long term. Local officials must budget and plan carefully to avoid fiscal stress and manage their communities through the uncertainties created by the pandemic.”

In this latest round, the city of Poughkeepsie (fiscal stress score of 78.3), the city of Niagara Falls (72.1), and the town of Caneadea (65.4) are in the highest-ranking designation of “significant stress.” The counties of Suffolk and Westchester, the city of Glen Cove and the town of Yates were in “moderate stress.”

Those designated as being “susceptible to fiscal stress” are the counties of Broome, Monroe, Nassau and Oneida, the towns of Centerville, Clarkstown, Colonie, Fort Covington, Pulteney, Sherman and Southport, and the city of Albany.

Of the 30 total governments in a fiscal stress designation for 2020, 17 were also in some form of fiscal stress in 2019. Four cities that were in “significant fiscal stress” in both years are Niagara Falls, Poughkeepsie, Amsterdam and Long Beach. 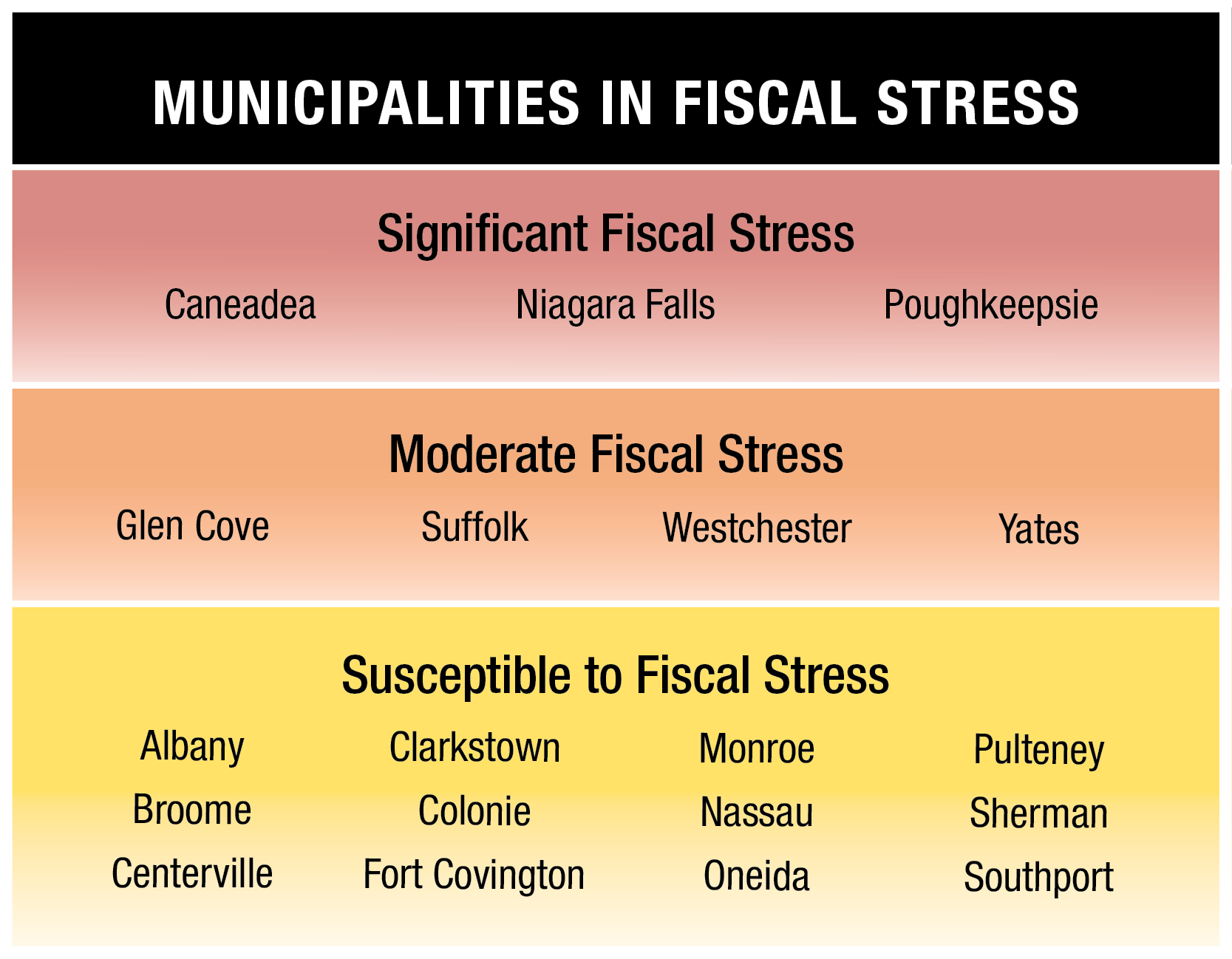 The system also evaluates information such as population trends, poverty and unemployment in order to establish a separate “environmental” score for each municipality which can be used to help describe the context in which these local governments operate.