DiNapoli: Unrestricted State Aid for Local Governments Failed to Keep Up With Inflation

Unrestricted state aid for cities, towns and villages has remained flat or declined over the last decade, according to a report issued today by New York State Comptroller Thomas P. DiNapoli. When adjusted for inflation, unrestricted aid to local governments has actually declined by 24% since 2011, when the state’s real property tax cap was enacted.

Because this aid can be used by municipalities for any governmental purpose, it is an important revenue source, particularly for many cities. Also called revenue sharing, this funding comes to local governments from the Aid and Incentives for Municipalities (AIM) program.

“The state has long supported local communities through revenue sharing programs. Many municipalities depend on this aid to balance their budgets, but inflation has eroded its value,” DiNapoli said. “Right now, the state is on solid fiscal footing and should take this opportunity to assess what changes are needed to improve this critical funding source.”

Since State Fiscal Year (SFY) 2012, AIM funding was held flat for most municipalities. In SFY 2020, funding was eliminated for most towns and villages and replaced with “AIM-related” payments, which was funded using county sales tax revenue. 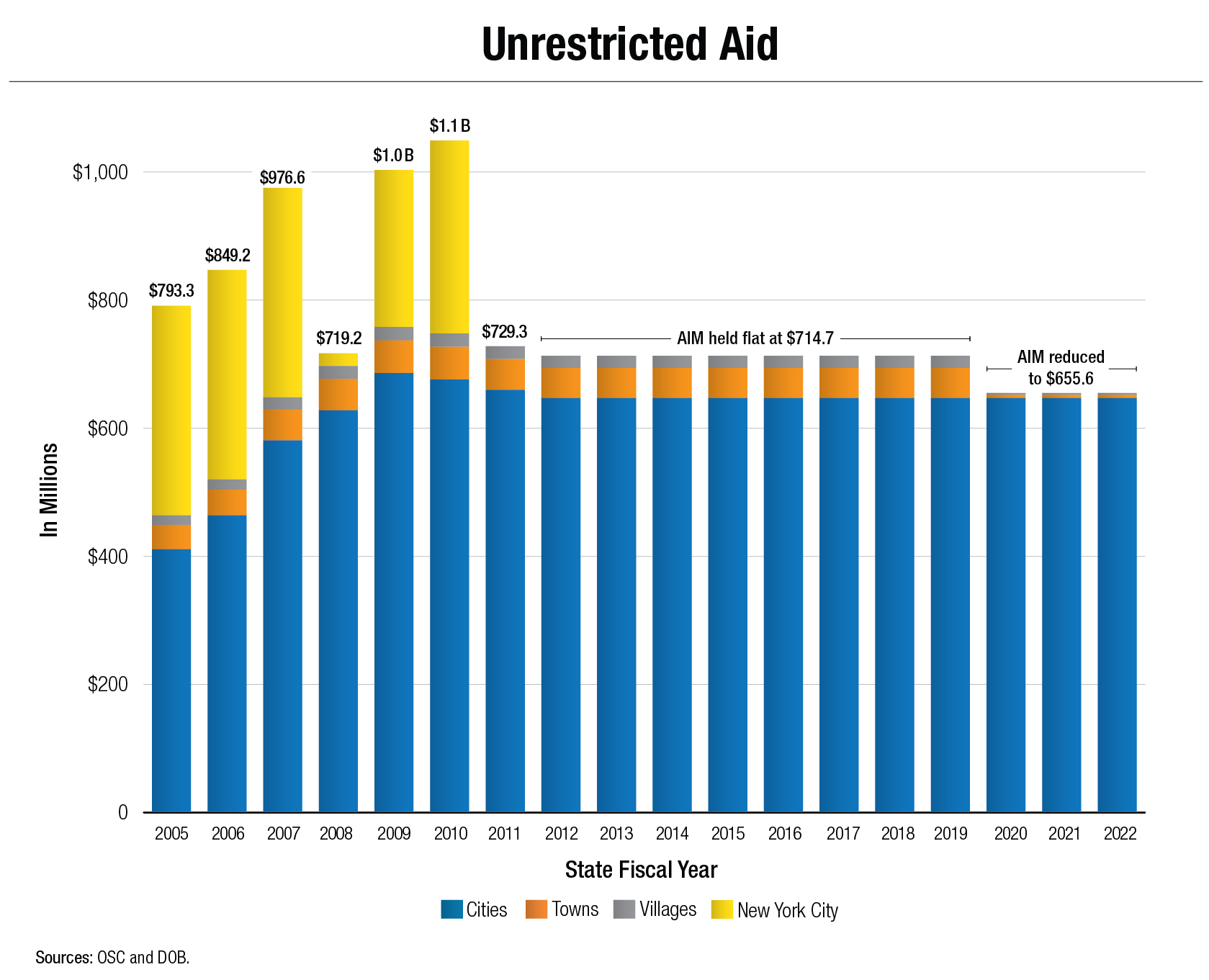 Other findings in the report: