State tax receipts totaled $79.8 billion through the third quarter of State Fiscal Year (SFY) 2022-23, exceeding the latest projections from the Division of the Budget’s (DOB) Mid-Year Update to the State Financial Plan by nearly $7.7 billion, according to the monthly State Cash Report released by State Comptroller Thomas P. DiNapoli.

“Tax collections continued to exceed projections through December,” DiNapoli said. “However, concerns of an economic downturn and a cloudy revenue picture continue to create uncertainty. These conditions reinforce the importance of increasing rainy day reserve funds on or ahead of the schedule proposed in the Financial Plan.” 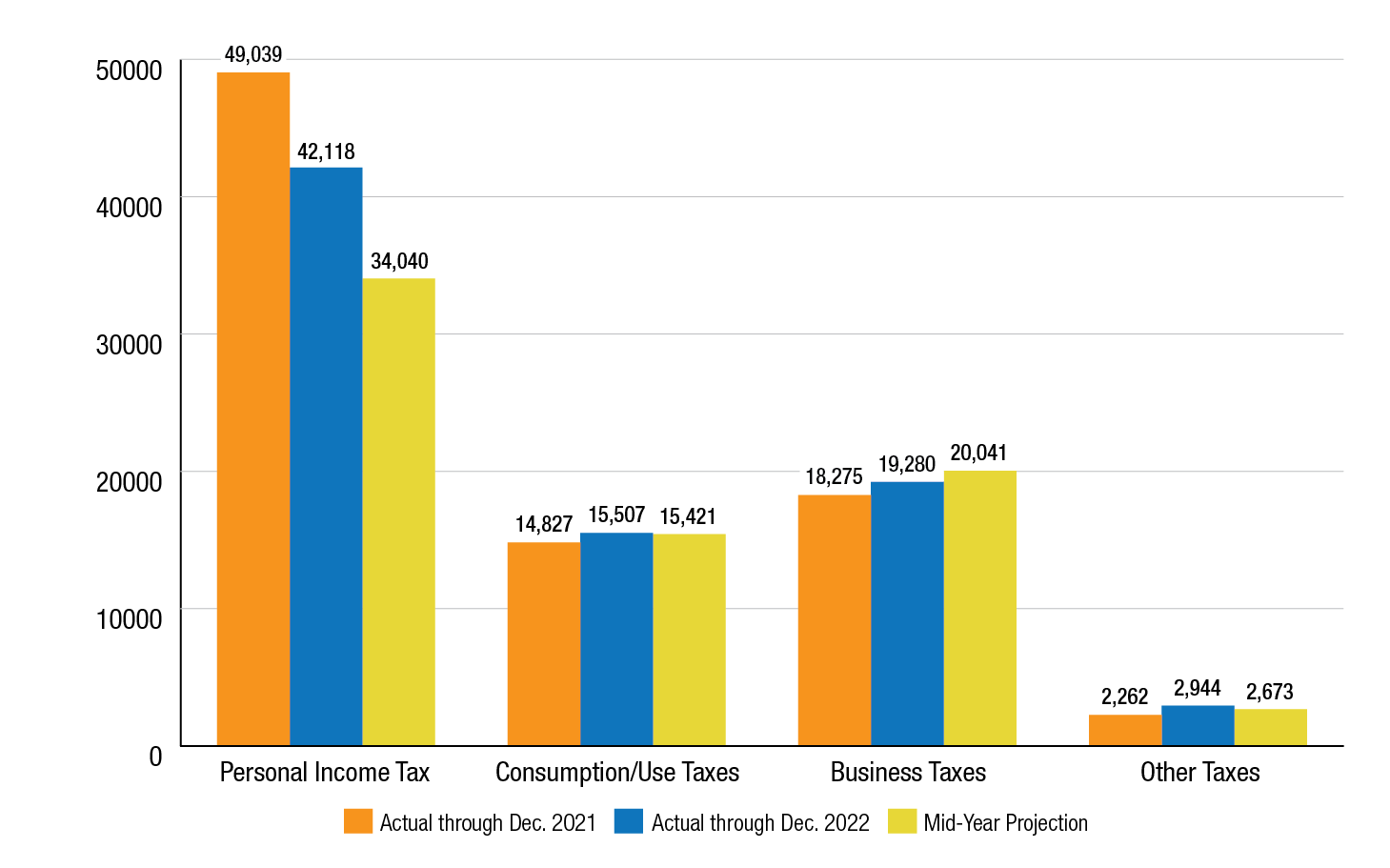 Personal income tax (PIT) receipts totaled $42.1 billion and were $8.1 billion above the latest financial plan projections through Dec. 31. However, PIT receipts were $6.9 billion lower than the same period in SFY 2021-22. This reflects two fewer collection days from the prior year as well as higher refunds from credits associated with the Pass-Through Entity Tax (PTET) and property tax relief.

Year-to-date consumption and use tax collections totaled $15.5 billion, including $14.3 billion from sales and use taxes, which were 4.6% or $679.5 million higher than the same period last year, and $85.7 million higher than anticipated by DOB. Business taxes totaled $19.3 billion, $1 billion or 5.5% higher than the prior fiscal year, but $761.1 million below DOB’s latest financial plan projections. PTET collections in Dec. 2022 were $443 million lower than those received in Dec. 2021.