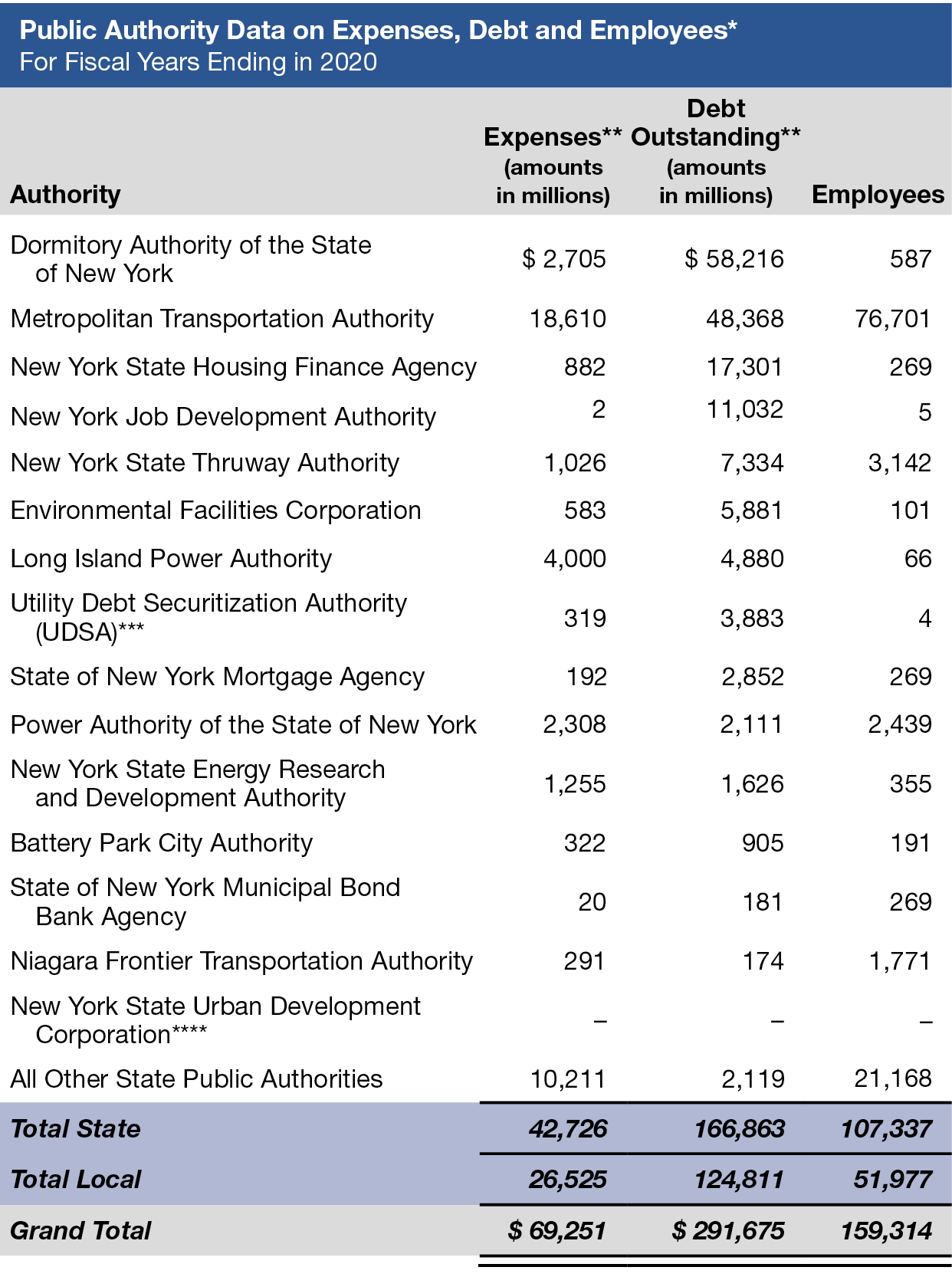 * The data reported are submitted by public authorities through the Public Authorities Reporting Information System (PARIS). The data contained in PARIS and used in this report are self-reported by the authorities and have not been verified by the Office of the State Comptroller. As required by Public Authorities Law, certain data submitted are required to be approved by the board of directors and/or have the accuracy and completeness certified in writing by the authority’s chief executive officer and chief financial officer. Not all authorities have complied with reporting requirements for 2020.

** Numbers may not add due to rounding.

**** The New York State Urban Development Corporation has not complied with certain reporting requirements for 2020.