“The state pension fund rode the market rebound from the depths of the pandemic and enjoyed the largest one-year investment return in its history,” DiNapoli said. “This outsized return reinforces the Fund’s position as one of the strongest in the nation, but it comes with a caution. Markets remain volatile and as unpredictable as ever. With our talented investment staff, I will continue to manage our state’s pension fund with prudence and a focus on stable, long-term results that ensure continued retirement security for our members for generations to come.”

The Fund's value reflects retirement and death benefits of $13.66 billion paid out during the fiscal year.

Employer contribution rates are determined by investment results over a multi-year period along with numerous other actuarial assumptions, including wage growth, inflation, age of retirement and mortality. Contribution rates are determined based on recommendations from the Retirement System’s Actuary in September. Integral to the Fund’s strength have been the state and local governments, which consistently pay their contributions in good times and bad.

As of March 31, 2021, the Fund had 52.82 percent of its assets invested in publicly traded equities. The remaining Fund assets by allocation are invested in cash, bonds, and mortgages (23.14 percent), private equity (10.57 percent), real estate and real assets (8.24 percent) and credit, absolute return strategies and opportunistic alternatives (5.23 percent).

The Fund’s long-term expected rate of return is 6.8 percent. 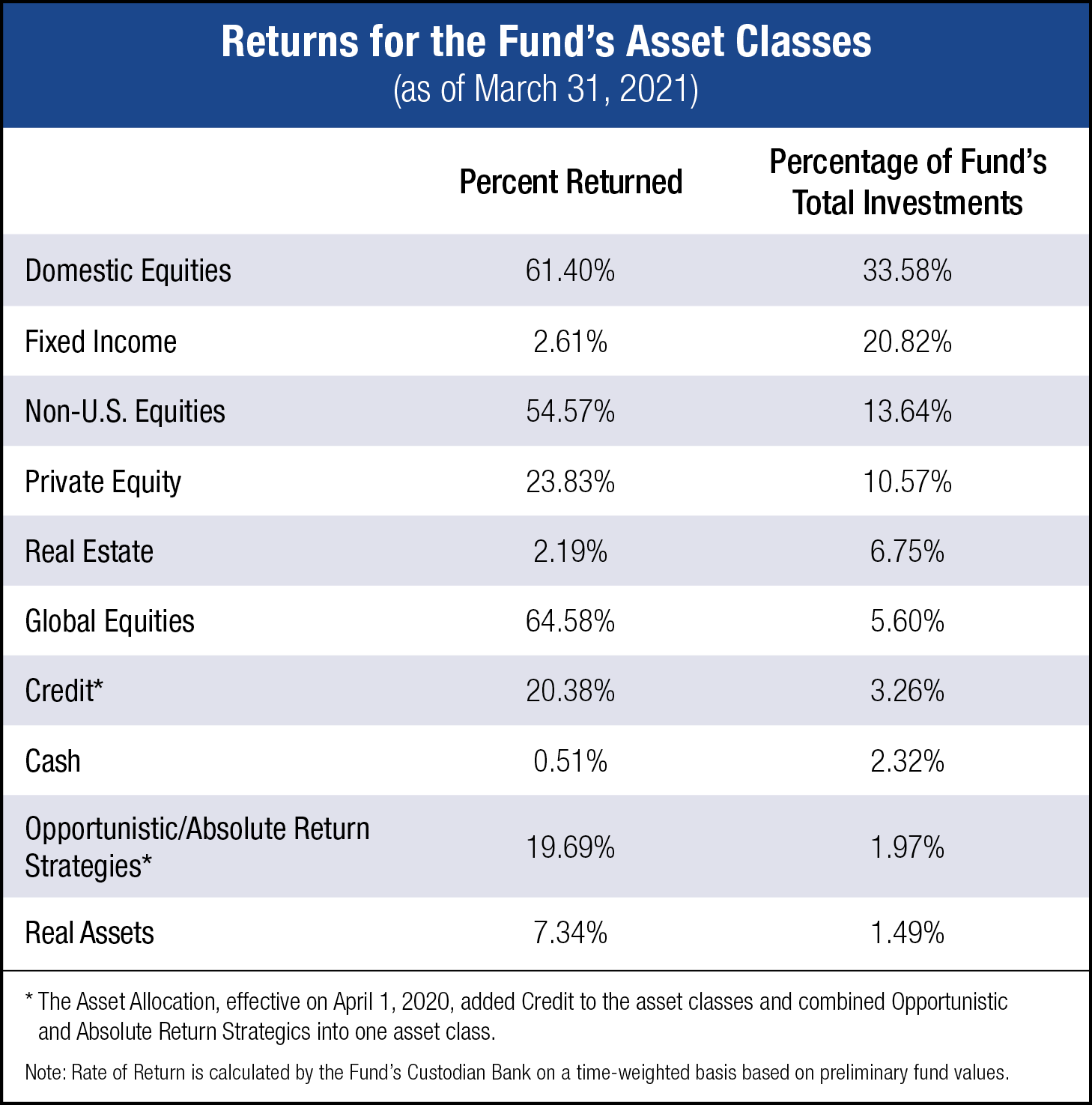