The New York Power Authority (NYPA) has failed to install electric vehicle (EV) chargers where they are most needed by New York’s nearly 50,000 registered EVs, leaving nearly half of the state’s counties without any NYPA-installed charging stations, according to an audit released today by New York State Comptroller Thomas P. DiNapoli.

“Compared to what was promised, the rollout of electric vehicle chargers has been a disappointment so far,” DiNapoli said. “Since encouraging more drivers to switch to electric cars is a part of the state’s strategy for lowering emissions, we have a long road ahead. NYPA needs to look at our recommendations, deliver on its commitments and get this program headed in the right direction.”

The state’s plan for increasing the number of public EV charging stations was meant to spur increased use of EVs, reduce carbon emissions and address the climate emergency. The Charge NY program was announced in 2013 as a statewide network of up to 3,000 public and workplace charging stations to be ready in five years. It was followed in 2018 by Charge NY 2.0, a plan to install 10,000 public charging stations by the end of 2021. That same year, NYPA also announced EVolve NY, a $250 million project to put high-speed chargers at airports and along major highways. Despite the allocation of significant funding, NYPA has fallen short on fulfilling its EV program goals.

As of June 2021, there were 46,608 EVs registered in New York, but NYPA had installed just 277 public EV charging ports, or one for every 168 EVs registered in NY. It had installed another 221 workplace charging ports at its own facilities and at facilities operated by businesses receiving power from NYPA’s Economic Development Power Programs. These chargers are only available to employees.

The ports are not located where they’re most needed. Counties with high numbers of EVs have relatively few charging stations, while some counties have few EVs but a high number of charging ports.

The 2022 State of the State report outlined a plan for New York to deploy an additional $175 million over the next five years for EV charging stations through federal formula funds. To ensure further funding allocations are invested judiciously, agencies involved in the roll-out should be better prepared with effective strategies for promoting EV usage among New Yorkers, as outlined in the audit recommendations.

In its response, NYPA largely agreed with the audit’s recommendations for improving the program, although it disagreed with the findings regarding placement of charging stations being insufficient to meet consumer need. The agency’s full response is in the audit. 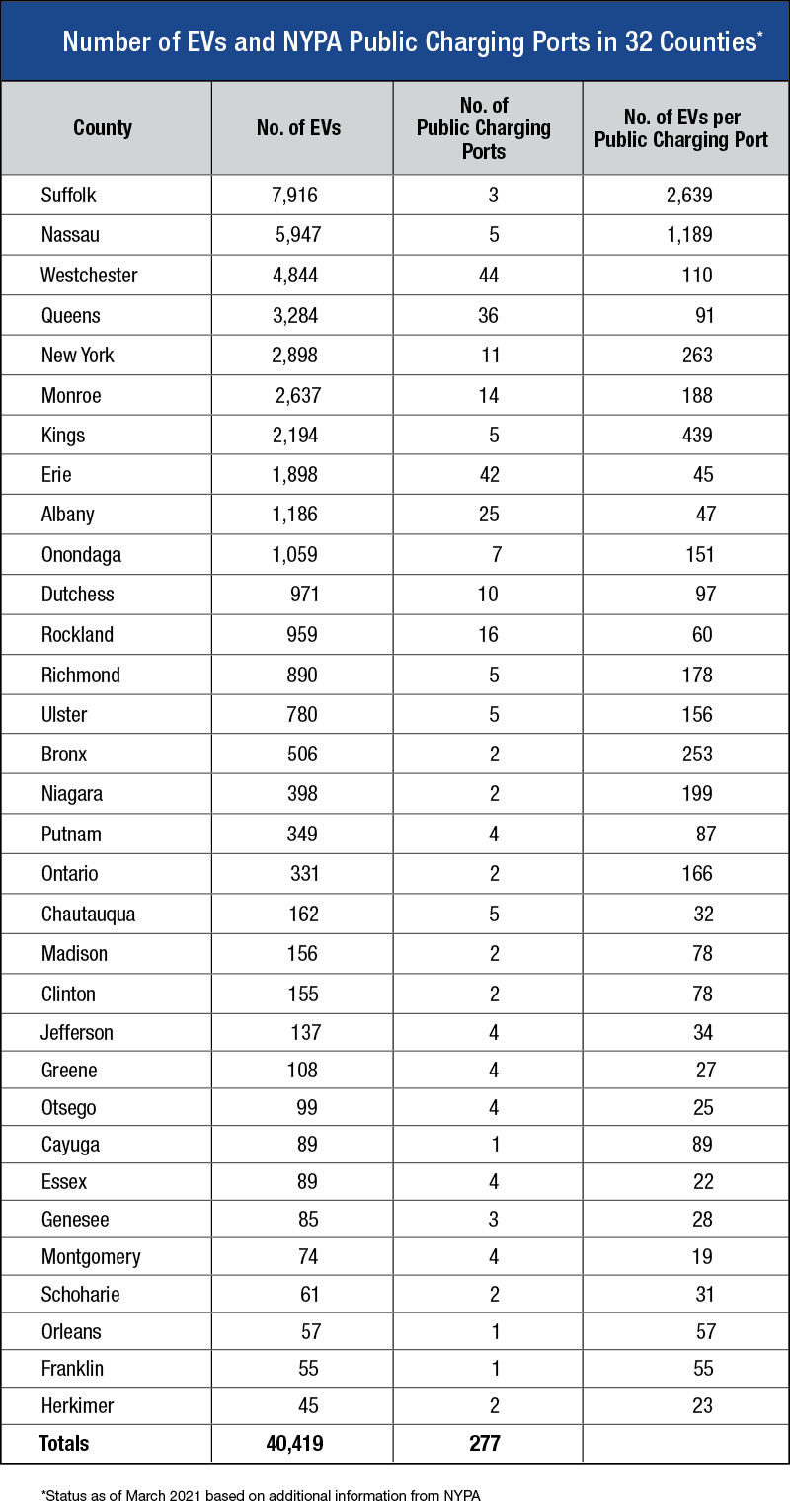